Why earned media’s invaluable to your brand 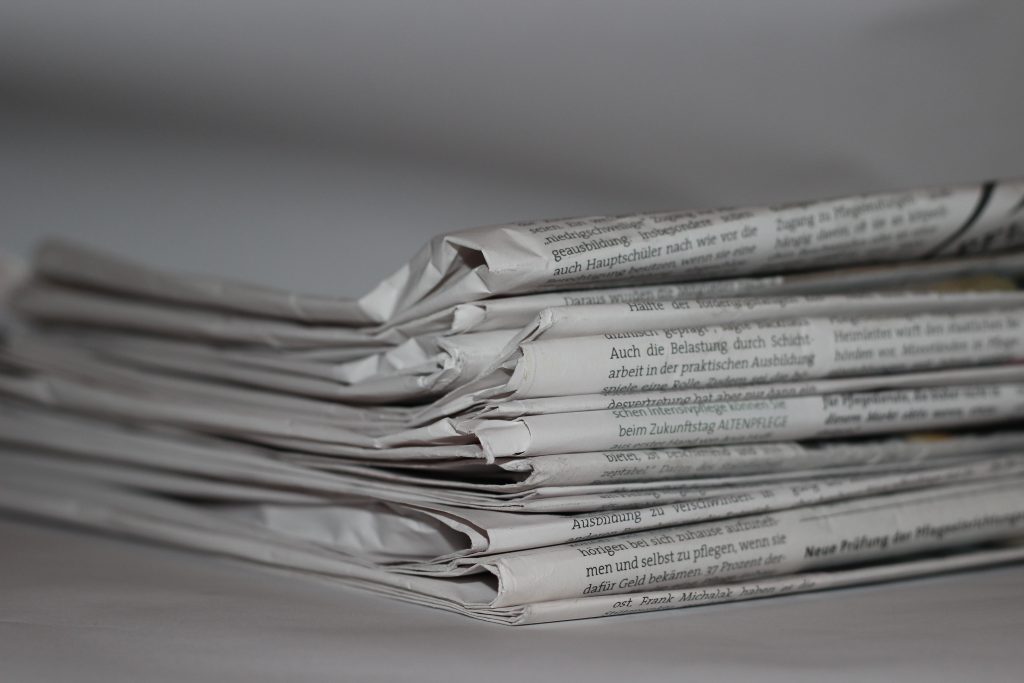 “Traditional media is dying.” We’ve heard it all before, but yet, working with the media remains an important part of a successful communications strategy. Our Brisbane-based Account Director Julia Reynolds shares her tips on how and why earned media is valuable to your brand.

When I started out as a publicist, we sent out media releases by fax*. Fax! Who even has one of those these days? While this was before traditional or earned media was shattered into countless fragments by digital’s arrival and faxes were replaced by the likes of email and company newsrooms, I’m still just as much an advocate of including earned media in your communications strategy. And to clarify, the earned media referred to here is publicity or editorial coverage. Here’s why:

Notch up that cred

Much like word-of-mouth, garnering editorial coverage is a form of third-party endorsement. A respected publication covering your company’s news or a media commentator interviewing your company rep about something newsworthy your business is doing creates credibility. It might be a radio interview about a new program you’ve introduced and how it benefits customers, a print article about your company’s founder and the experience and expertise that they bring to the business, or an online interview with a subject matter expert and vital research they’re doing – all these examples add impact and are ways to enhance your company’s credibility.

You might try to put a dollar figure on the value of your story – and there are various formulas for doing this – but it’s impossible, as much like you can’t pay for great word-of-mouth of mouth, you can’t pay for great editorial coverage; it’s not for sale. As Brian Johnson says in response to valuing positive media coverage in his excellent The Little Red Book of PR Wisdom: “Think about how long an advertisement holds your attention compared to a program or a news article. There’s your answer.”

While the days of the 6pm news attracting a million-plus viewers and weekend metropolitan newspapers being referred to as ‘the rivers of gold’ – so called because of the print advertising revenue they earned – may have passed, don’t be fooled as earned media’s numbers speak for themselves. Looking at national audiences, according to Roy Morgan, 15 million Australians read magazines in print and online in the 12 months to December 2021. Our national broadcaster, the ABC, says that 12.8 million Australians used either the ABC News website or app in June 2021. And according to News Corp Australia, it’s Australia’s largest print and digital publisher with an audience of over 18 million per month. Remember local news outlets have healthy audiences too, and in these days of syndication when stories are shared with an outlet’s stablemates, the figures notch up. Take Wagga’s The Daily Advertiser as an example, with readership that averages almost 15,000 for its Monday to Friday editions and monthly digital readership at almost 80,000 readers. That’s thousands of people that you can potentially reach in your region and all in one go – that’s a lot of bang for your buck.

While we all love the Internet and agree that it’s revolutionised our lives, we know that given the glory of self-publishing and citizen journalism, sometimes it’s not the most credible source of information. Dr Google anyone? And going hand-in-hand with the credibility and audience figures mentioned above are the accountability and standards that earned media outlets must adhere to. Journalists, editors, reporters and producers are trained professionals and adhere to rules. It’s also worth noting that the above audience figures were reported while we’ve been in a pandemic and credible, trusted sources of news and information have been paramount. In Australia, the media’s accuracy, fairness, transparency and respect for privacy are upheld by several organisations like the Australian Press Council, The Australian Communications and Media Authority, and the Independent Media Council.

And now that your story’s run and you’ve secured positive coverage for your company, take it to the next level and amplify that and share your good news with your audiences. Once upon a time that may have meant a book of newspaper clippings! As Charles Darwin is often misquoted: ‘It is not the strongest species that survive, nor the most intelligent, but the ones most responsive to change’. So, now thanks to digital, there are lots of channels that you can leverage to maximise your earned coverage. Post your story on your intranet and on your social channels, including on Linked In, and in the ‘news’ section of your website and include it in your client or employee newsletter (copyright laws allowing). If your story appeared in print, put it on your workplace noticeboards. And for that all important SEO, when you’re working with the journalist or producer on your story, ask them if they’re able to include a link to your website.

That buzz that you get when a positive story runs never get old. The front pages, the back pages, the double-page features, the smaller inside stories, the fun photo stories, the online stories that get syndicated across multiple titles, the compelling radio interviews, and the evening news stories – they’re all hard-earned in a competitive news cycle. For me, it’s satisfying knowing that positive media coverage is adding to a client or company’s success. And that’s a feeling money can’t buy.

*Fun fact: the fax has left its mark – in the days when media releases were sent out by fax, the format was a single page so that contact details that carried over to a second page didn’t get lost falling down the back of a desk as the newsroom fax machine relentlessly spat out releases.