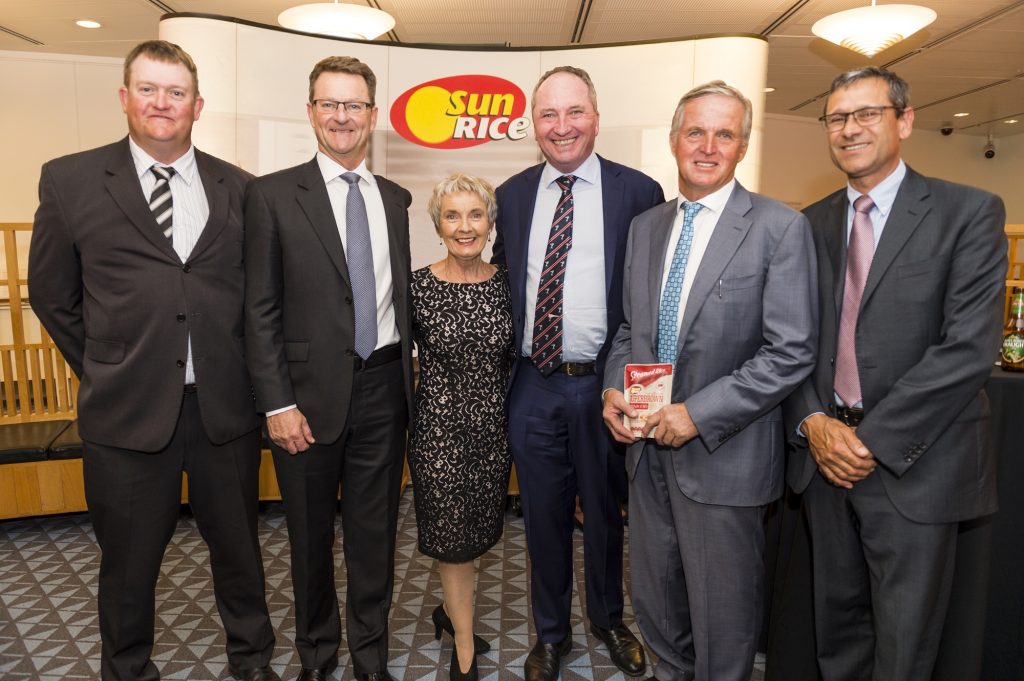 Here at Sauce, we are proud supporters of Australian agribusiness. Which is why we were thrilled to recently manage a cocktail function for SunRice at Parliament House in Canberra, which showcased the important and growing role that Australian grown rice plays in markets around the world.

Held in October, guests included rice growers, parliamentarians and SunRice and industry representatives, who gathered to recognise the innovation and significance of Riverina rice products in international markets. On the menu was an array of international cuisines, each featuring Riverina grown rice as the hero.

The event also highlighted the importance of the Federal Government’s ongoing support for SunRice to expand into new markets. Attendees included many politicians with a keen interest in the rice industry, including: the Deputy Prime Minister and Minister for Agriculture and Water Resources, the Hon Barnaby Joyce; the Assistant Minister for Trade, Tourism and Investment, the Hon Keith Pitt; the Assistant Minister to the Deputy Prime Minister, the Hon Luke Hartsuyker; the Shadow Minister for Rural and Regional Australia, the Hon Joel Fitzgibbon; and the Member for Farrer, the Hon Sussan Ley.

Media coverage of the event was achieved across the Riverina, including stories in The Area News, Colypoint Observer, Deniliquin Pastoral Times, The Irrigator, Koondrook & Barham Bridge, and Southern Riverina News.