Sauce adds another trophy to the collection 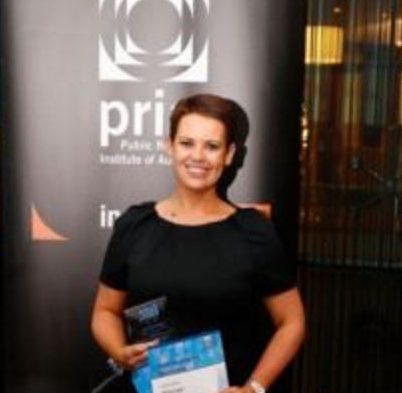 It’s been a huge week at Sauce and we’re still having a hard time containing our excitement after being named 2015 Medium Consultancy of the Year at the Public Relations Institute of Australia’s (PRIA) NSW Awards for Excellence.

The ceremony was held at Sydney’s ECQ Bar in Circular Quay where our Director Liane Sayer-Roberts (pictured) accepted the coveted award on behalf of the Sauce team. Proving once again that location isn’t a barrier, Sauce was the only shortlisted finalist to not be headquartered in a capital city.

From the entire Sauce team we’d like to congratulate all the winners and finalists on their achievements and thank PRIA for a wonderful evening, as the best PR in-house teams, agencies and campaigns across the state were acknowledged and celebrated.

The PRIA award marks our second PR Agency of the Year title within the last 12 months after winning CommsCon 2015 Australian Midsize PR Agency in March.

Liane, who was also named 2015 Business Leader of the Year at the Leeton Outstanding Business Awards in August, is now looking forward to heading to Tasmania at the end of the month where Sauce will compete for the national Medium Consultancy of the Year title at the PRIA Golden Target Awards.