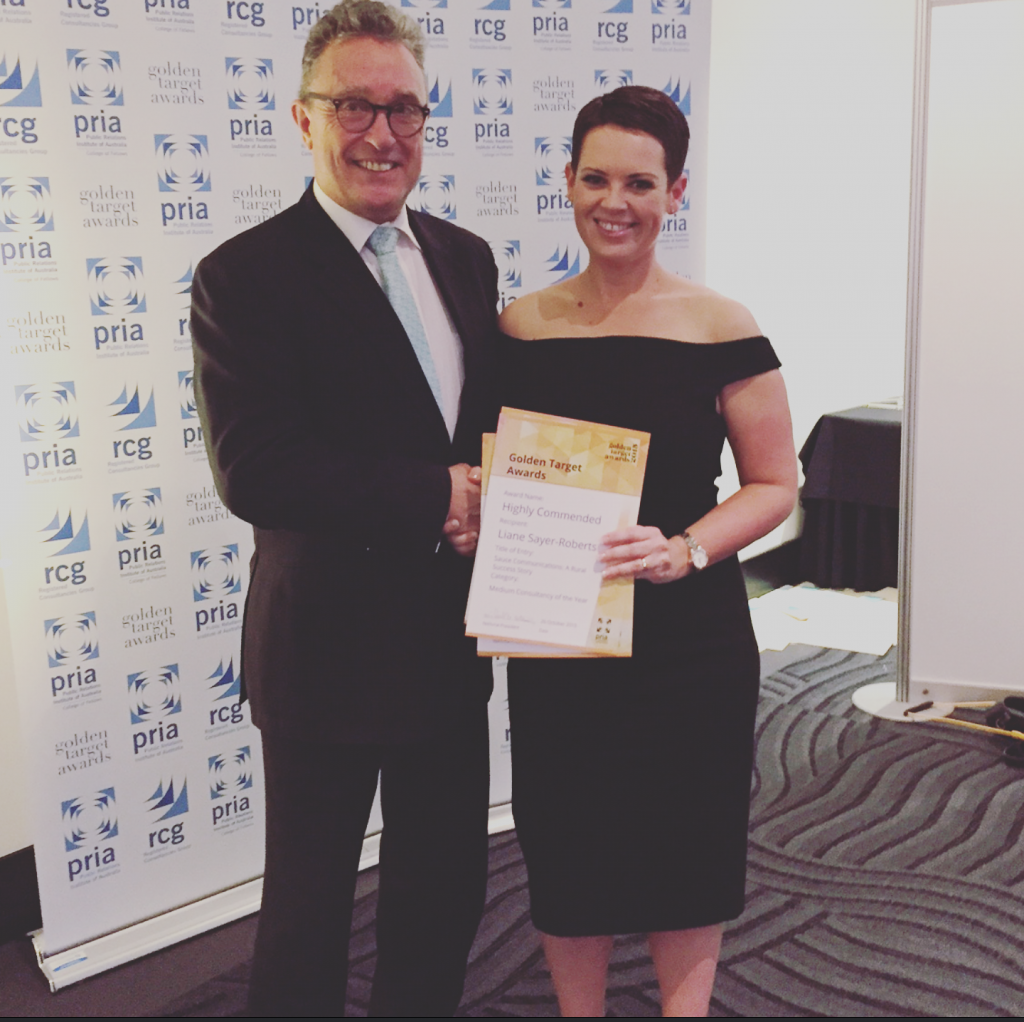 In the end, 2015 shaped up to be an exceptional vintage, following the Public Relations Institute of Australia’s (PRIA) Golden Target Awards in October, where Sauce was the only agency to be recognised in the 2015 Medium Consultancy of the Year category, taking home a Highly Commended Award.

The PRIA Golden Target Awards (GTAs) set the national benchmark for excellence within the communications industry and we congratulate all of the finalists and winners acknowledged at the gala dinner in Hobart on Monday 26 October. Special thanks to James Wright, Managing Director of Red Agency, who shared some very kind words about Sauce from the podium as he and his team took out 2015 Large Consultancy of the Year!

A huge thank you goes out to all our wonderful clients – many of whom are now long-term partners – and the broader network of Sauce champions. Together, we all make Sauce!