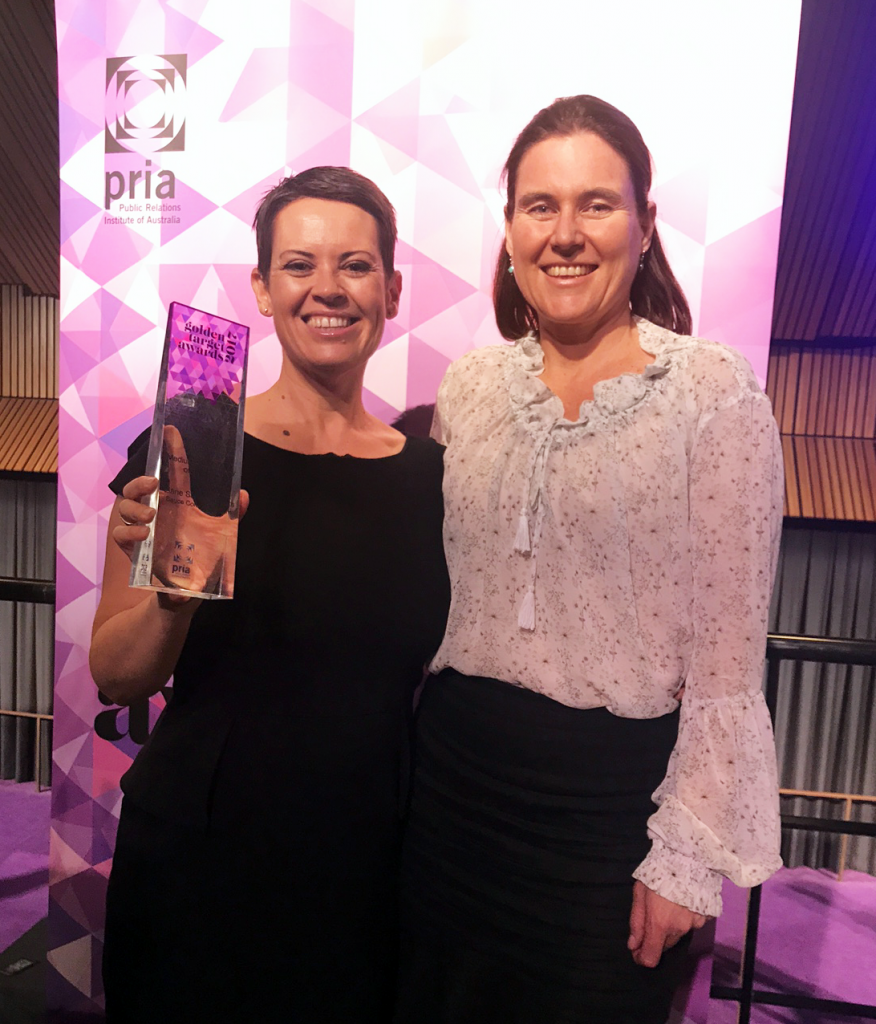 We can’t stop smiling!! Sauce Communications is excited to announce that last night we were named joint winners of the 2017 Australian Medium Consultancy of the Year, at the Public Relations Institute of Australia’s (PRIA) Annual National Golden Target Awards (GTAs). We share the national title with South Australian agency, FULLER.

This is the second consecutive year we have won the national title, and follows being named NSW Consultancy of the Year last month.

Upon receiving the award at a gala event held at the Opera House in Sydney, Sauce Director Liane Sayer-Roberts credited her team and clients for making the win possible.

“This is possibly the most exciting win Sauce has had to date. It is an honour to be recognised within this industry, and it is thanks to the dedication and teamwork that I have the pleasure of seeing across our offices every day,” she said.

“We share a passion for rural and regional Australia, and a commitment to achieving the best possible results for each of our clients.”

For 41 years the PRIA GTA Awards have set the benchmark for excellence in the public relations sector in Australia. This is Sauce Communications’ second consecutive time winning the national title, and sixth consultancy of the year title in three years.