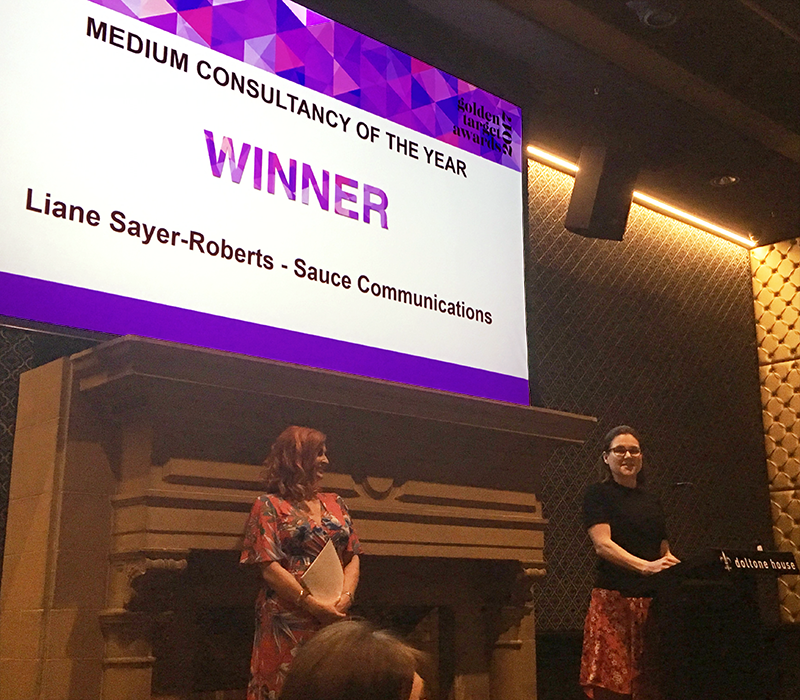 Winner winner, chicken dinner! Sauce Communications is thrilled to share that tonight, we were named the 2017 Medium Consultancy of the Year for the third year running at the Public Relations Institute of Australia’s (PRIA) NSW Awards for Excellence in Sydney. The title marks Sauce’s fifth Agency of the Year Award win in two years.

Sauce Director Liane Sayer-Roberts says, “The Sauce team and I are delighted to have won this award for the third year running – it is a testament to our work in building an agency that is recognised at a state and national level as the best in its field, all from a regional base.

“This award would not be possible without the people who help me make Sauce – our talented team, our amazing clients, our partners and suppliers, and my greatest cheerleading squad of all, my two small boys Cale and Isaac and partner James.

“The team and I couldn’t be more excited to defend our national title at PRIA’s 41st annual Golden Target Awards next month!”

Account Director Sally Edgar attended the NSW awards, which were held at Doltone House in Sydney’s CBD. The Golden Target Awards will be held at the Sydney Opera House on Thursday, 9 November.