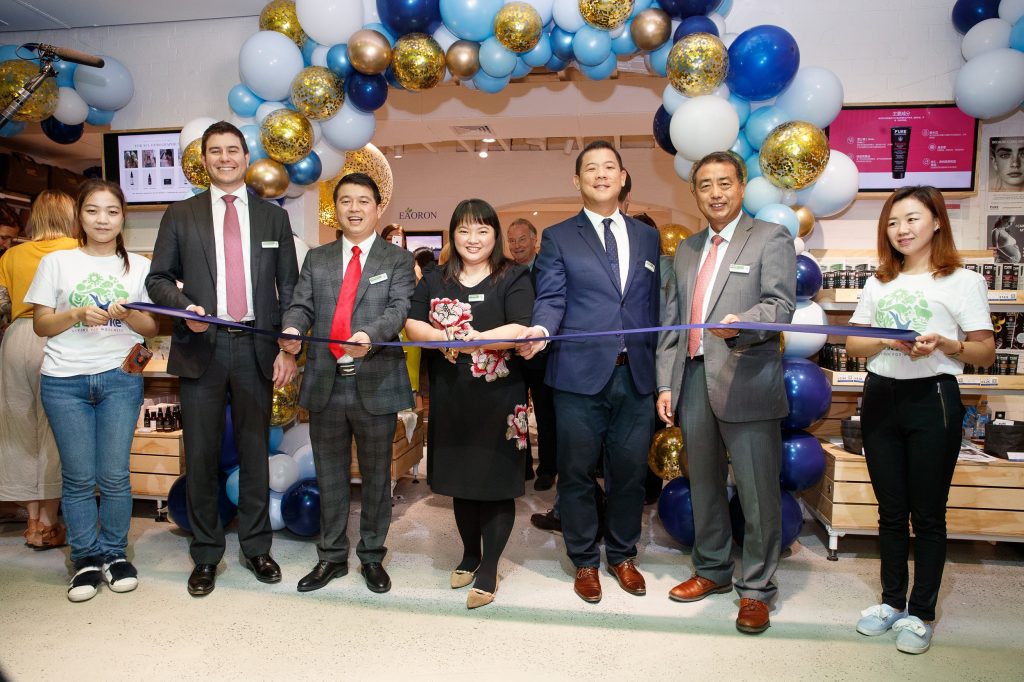 One of our favourite clients, AuMake, is continuing to break new ground in Australian retail. After the success of their ASX listing and flagship store opening last year, Sauce has partnered with AuMake on a number of new initiatives in 2018, including the launch of Australia’s first Daigou Hub, in the heart of Sydney’s Chinatown. Live streaming to an audience of 730,000 consumers in mainland China, Sauce was amongst the buzz as the store opened to huge fanfare with over 70 Australian suppliers, a large number of investors and 150 daigou in attendance, as well as strong media contingent including Sky Business, 7.30, Reuters and AAP. It was a privilege to see first-hand the fantastic response to the concept and drum up media interviews for AuMake’s Chairman and a number of the Australian suppliers present, who all spoke of their plans for growth through the lucrative Chinese market. The innovative Daigou Hub combines state-of-the-art live streaming technology with face-to-face supplier interaction to build the profile of Australian suppliers and connect them directly with Chinese consumers, via the influential daigou and Chinese tourist markets. AuMake has plans to open more Daigou Hubs and other retail formats across Australia over the next 12-18 months.

Since the launch of the Daigou Hub, AuMake has made further exciting announcements including the launch of its own medicinal honey, Medigum, which is UAF certified (a world-first indexing system for measuring antioxidants in honey) and a strategic partnership with Chemsave, an Australian owned pharmacy network which will provide distribution access for AuMake products in up to 150 Chemsave stores across the east coast of Australia.

You can take a peek at AuMake’s Daigou Hub in the video below: