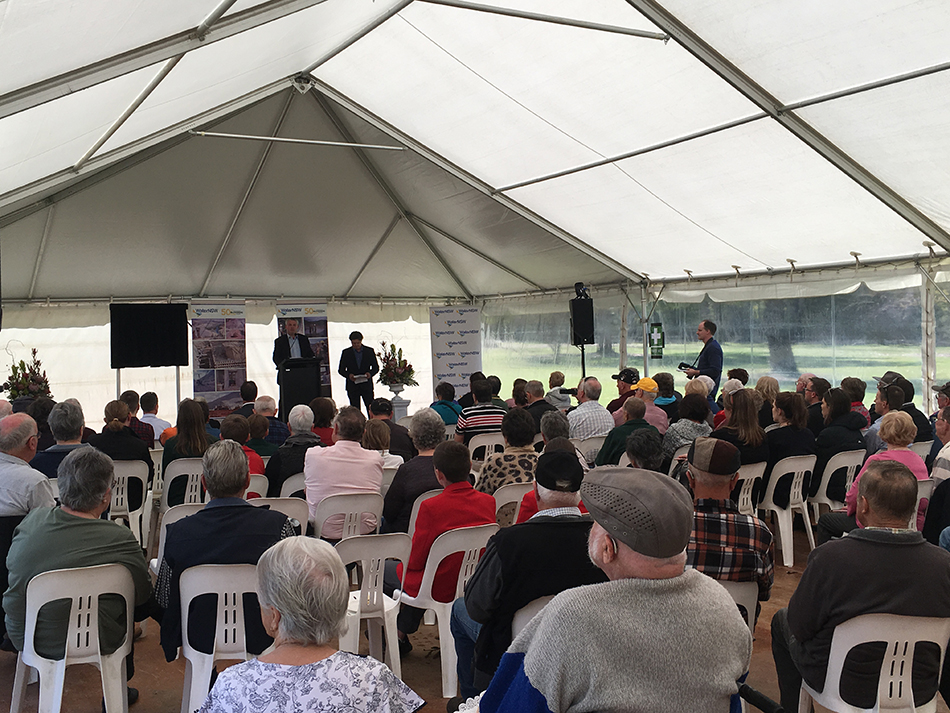 Blowering Dam celebrated its 50th anniversary this year, and Sauce was thrilled to work with WaterNSW to mark this momentous occasion. Celebrations spanned two-days; including an official ceremony at which former dam builders were invited to attend, and a community open day. Sauce was tasked with coordinating both events, and the team particularly enjoyed witnessing over 50 ex-dam workers reuniting, with some not being in contact for decades. The official ceremony held at the base of the Blowering Dam Wall included a plaque unveiling led by WaterNSW Chief Executive Officer, David Harris in remembrance of Mr Neville John Bullock who lost his life working on the construction of Blowering Dam. Guided tours of the dam including the dam wall, spillway and the valve house were then provided to all invitees.

Over 600 community members attended the Blowering Dam open day the following day, which included guided group tours, a heritage exhibition, food and local entertainment to celebrate the significant landmark. The event was Sauce’s fourth for WaterNSW.