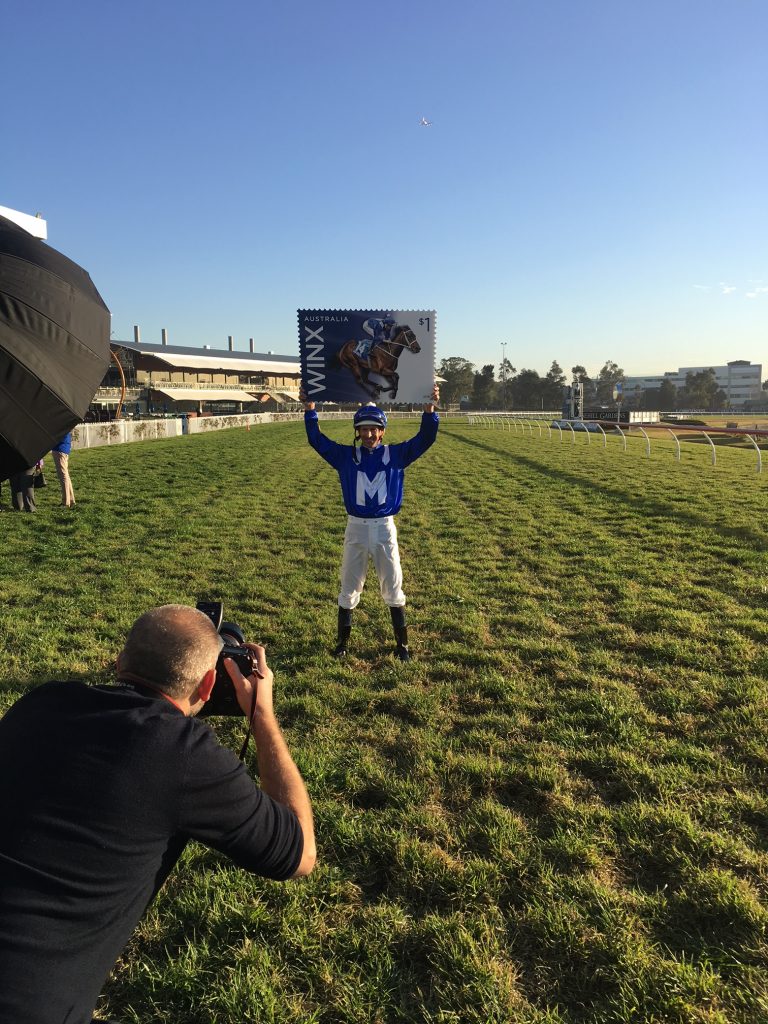 Winx galloped to a historic win in the former Warwick Stakes, which was renamed this year to the Winx Stakes in honour of the champion mare. Her win is a new Australian record, breaking the 25 wins by Black Caviar, and is second worldwide only to the Hungarian mare Kincsem, which won all of her 54 races in the 1870s.

Bowman said the commemoration of Winx on an Australian stamp means a great deal to him and all involved with the champion mare.

“She’s really become an Australian icon who’ll be remembered for generations. For her to be commemorated in this manner is a great honour and a very worthy distinction,” he said.

Sauce was delighted to manage the national media for this very special stamp release.